Well Brad Womack thank your lucky stars you were just saved from being the biggest douche ever on The Bachelor/Bachelorette by Bentley Williams. I mean wow I am sure he played some of it up for TV by why would you intentionally go out and make yourself look like such a douche especially to one of the sweetest girls in the franchise history. Of course knowing ABC they will bring him back to be the next bachelor assuming of course they don’t decide to go with Womack AGAIN!!!!! Well i feel sorry for Ashley and hopefully she will find someone who truly loves her not a douche trying to create a name for himself.

Just reporting that its officially over eventhough its been coming for a while and i suspect Brad will be a bachelor for a third time. AWESOME!!!!!!!! Not!

Not really!!!! As anyone who watches The Bachelor knows these relationships never work out. There are a number of reason but #1 on the list is that most of the bachelors turn out to be huge D bags and most of the girls are just on TV to get their 15 minutes of fame. Doesn’t that sound like the recipe to starting a meaningful lasting relationship? So as totally expected Emily revealed last night that the wedding is on hold and she wouldn’t move to be with Brad. I love how Brad acts like there is actually a chance to make this relationship work. Hey D Bag wake up this girl is gonna break up with you for good any day now. Then both you guys will be on magazines talking about why it didn’t work and hopefully in two weeks we will never have to see you again. (crosses fingers) Another terrible season in the bag!!!

P.S. Congrats Ashley being named the next Bachelorette now you get to sift through 20 more douchebags!

The pic below would’ve been so great if that douche bag brad wasn’t in it so I decided to do a little touch up. Michelle is probably really happy about her decision to do the mag. Ashley is probably on the fence. Chantal is probably regretting getting a rose at the final 4 cause it meant she had to be in this photo shoot. Seriously she may be on suicide watch. But as you know from the last post Chantal is more then ok in my book for slapping Brad in the first episode. I may be cynical but maybe this was Brads ultimate payback and unfortunately he might have gotten the last laugh. 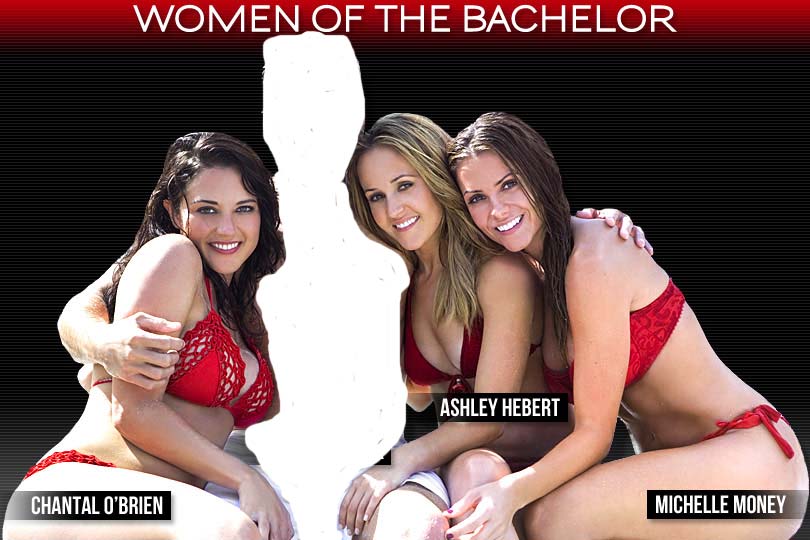 Man its been a long time coming but it finally happened last night thanks to my new favorite reality contestant ever, Chantal O’ Brien, the bachelor got smacked. I mean isnt it bad enough they let this loser back on the show after he wouldnt choose any of the girls last time. Hello ABC give some other loser their chance to show what an ass they are on national TV. No you bring this loser back to extend his 15 minutes of fame. Oh well these girls get what they deserve for not all walking out on him right away. At least he kept Chantal around so maybe next week in the most shocking episode yet she will stab him with a knife (we can only hope)!! Check out the clip of the slap below. Once again thanks Chantal.

Due to the overwhelming support for the site I have decided to give some updates of what we have learned in the past few days since we realized how bad Jason Sucks.

– He didnt have to propose on the final episode.

– It wasnt a set up by the producers, he really is that big of a douche.

– He didn’t have to break up with Melissa on national TV even though he said he did. He pretty much blamed the producers for everything because he is a spineless coward.

– he still sucks and it seems most people agree

Feel free to add your own in the comments and thanks for the support. 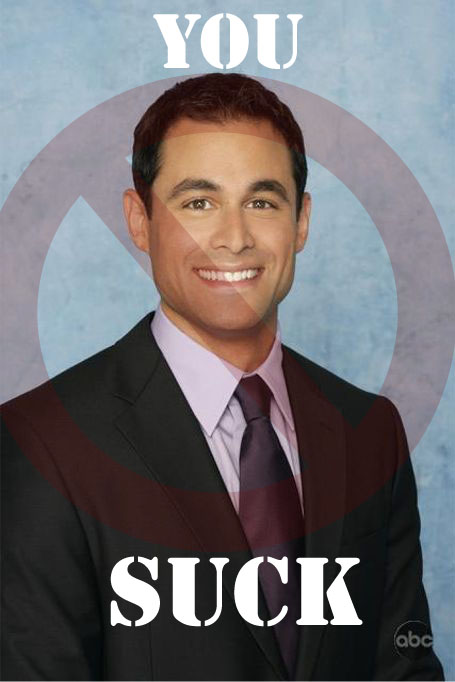